The impact of continued low prices on World oil market 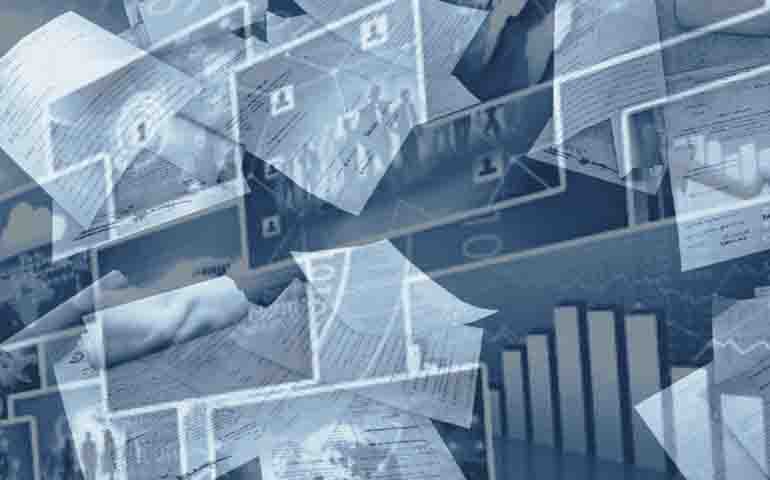 Analysts at Wood Mackenzie, in their updated report on the impact of continued low oil prices on exploration and production projects in the oil and gas sector, concluded that over the past six months of 2015, the development of another 22 large-scale projects and 950 million tons of commercial reserves in oil equivalent in addition to the previously identified 46 projects and 2.72 billion tons of reserves. The most severe blow was inflicted on projects implemented in deepwater shelf areas; they accounted for more than half of this reduction, as companies were forced to review projects with a high breakeven threshold, significant capital investment requirements and high costs.

The impact of low oil prices on company plans has been disastrous. What began at the end of 2014 as cutting individual expenses for exploration projects and are in the stage of active development has turned into a full-scale operation designed to cut off all insignificant operating and capital costs. Rising prices and shrinking budgets forced companies to review and postpone the final investment decisions - OIR, in relation to planned projects, to revise the most effective ways to commercialize the release of capital, just to survive in low oil prices. The Wood Mackenzie report identified 68 major projects around the world that have been delayed by OIR due to falling oil prices from the time of the collapse in the second half of 2014 until the end of 2015.

Until the beginning of the next decade, the development of oil production capacity was delayed, among which the volume of delayed production of liquid hydrocarbons increased by 44%, against a 29% increase in delayed production of gas. The average breakeven threshold for production under deferred projects, which were to be implemented from the zero cycle, was 62 dollars per barrel. One reason for the growth in the list of deferred projects is the need for greater cost reductions to stimulate investment.

Available data show that in this area deep-sea projects have achieved the least success. The postponement of the implementation of deep-sea projects, which were at the stage prior to the adoption of the OIR, has increased most dramatically over the past six months to 29, since the costs of such projects have decreased by only 10%, despite the global collapse in the daily rental rates of drilling rigs. Despite the size of these fields, the mismatch between the forced cost reduction and significant upcoming capital investments convinces the company to postpone investments in new projects in this sector.

A Wood Mackenzie report revealed a key change that companies were facing - tightening investment criteria. Companies now have to adapt their investment strategies to the risk of maintaining steadily low oil prices, and this means stricter criteria when making final investment decisions on projects. It can be assumed that most companies will look for options that will overcome economic difficulties at a price of around $ 60 per barrel.

More stringent criteria for the allocation of capital will determine the decision-making framework for companies regarding the restructuring of asset portfolios, the optimization of projects that are in the pipeline before the adoption of the OIR, and the maximum use of the benefits of cost deflation. If a sector or country cannot meet the new investment threshold criteria and compete for capital, operators today are more likely to withdraw from investments in this sector or country than to increase them, try to drag out time and cling to risky projects. In 2015, the countries with the most pending projects were Canada, Angola, Kazakhstan, Nigeria, Norway and the United States. In some countries of Africa, Latin America and Southeast Asia, a rather rare phenomenon was observed - the return by foreign companies of the areas allocated to them for oil exploration and production.

So in Indonesia, in 2015 they returned 15 blocks - almost twice as much as in the previous year. At the same time, foreign companies suffered losses in the amount of $ 850 million. It is significant that Indonesia’s largest oil producer Chevron Corp announced its refusal to renew the contract for the exploitation of the oil and gas block in East Kalimantan and the sale of its share in the offshore field South Natuna Sea Block B.

"By 2021, the volume of deferred production will reach 74 million tons / year, and by 2025 they will increase sharply to 144 million tons / year," the report says. According to the results of the study, the OIR for many of these projects was postponed to 2017 and later, as a result of which the first production from the deferred projects was shifted to 2020-2023. However, against the backdrop of overwhelming corporate pressure in favor of freeing up capital and lowering future costs, which will restrain future growth, there is a significant chance that the timing of revitalization of these frozen projects will be shifted again if oil prices do not recover and costs do not decrease to a sufficient level.

Reduction of exploration and production budgets, drop in employment intheindustry

According to a survey of 225 companies in the preparation of the annual Barclays forecast for exploration and production costs - BarclaysE & PSpendingOutlook, oil and gas companies in the world plan to reduce their costs by 15% in 2016, after a decrease of 23% in 2015. For the whole The 31-year study is just the second time that spending has been cut for two consecutive years. The first two-fold reduction was in 1986-1987.

However, falling oil prices carry the risk of further cost reductions, as current budgets are generally based on the assumption that the average price of oil will be $ 50 per barrel. for the Brent brand and 45 dollars per barrel. for WTI, while current oil prices fluctuate around $ 30 per barrel. If oil prices stay at around $ 40 per barrel. for both brands of oil, the decline in global costs of the industry may be close to 20%, Barclays said in his forecast.

According to the survey, after a 35% decrease in 2015, the budgets of North American companies will decrease by another 27% this year. However, given the fact that most exploration and mining companies try not to bet on raw materials and use the forward curve instead, North American spending in the mining sector may fall by 40-50% if current futures prices remain at $ 34-35 / bbl

Expenditures in Russia and the countries of the former USSR are expected to increase by 3.6% in 2016 after the difficult year of 2015, during which the costs of exploration and production in the aggregate decreased by 20%. The ruble devalued to record levels against the dollar, which helped Russian oil companies selling their oil in dollars, but bearing domestic costs in rubles, and this even allows a slight increase in exploration and production costs.

Expenditures in the Middle East will increase in 2016 by 6% after a 6% decrease in 2015. Despite the fact that lower oil prices lead to a reduction in government budgets and the abolition of subsidies, exploration and production budgets are not hurt, and the level of activity of companies such as SaudiAramco + 5% and ADNOC + 2% in 2015 remained virtually unchanged.

On the other hand, national oil companies in Latin America are expected to cut costs by about 18% in 2016, after about the same rate of decline in 2015, since Brazilian Petroleo Brasileiro SA, Venezuelan Petroleos de Venezuela SA and Argentinean YPF are struggling to get the resources needed to finance extractive activities.

Expenses for work on the shelf are expected to fall by 20-25%, as multinational companies cut their exploration budgets and cut offshore development programs.

In 2015, there was a massive reduction in jobs in the global oil and gas industry. According to estimates by John Graves, president of Graves & Co., A consulting firm based in Houston, about 250,000 employees at various levels lost their jobs. And this is only data reflecting officially announced numbers of layoffs. Graves believes that in fact, for example in the United States, the number of layoffs is higher, because official statistics do not include or do not include all layoffs in the private sector. In addition, only in the fall of 2015, layoffs executed in accordance with the WARN Act began to be taken into account for all US oil producing states - previously such statistics were kept only for the state of Texas. Graves believes that far from all layoffs in the industry were exhausted in 2015: some companies have already announced that they will continue to reduce staff until 2017.

Tobias Reed, head of Swift Worldwide Resources, a global recruitment firm for oilfield operations, said that given the current course of events, the prevailing sentiment in the market and the lack of investment, he expects the number of layoffs to continue to grow in 2016. Some companies have carried out one or two rounds of large-scale reductions, and some are already planning a third. "I believe that the reason companies are forced to cut their workers in a few tricks is the fact that the recession in the industry is much deeper and much longer than anyone expected," Reed said.