Financial well-being and happiness: what does a behavioral economy say? 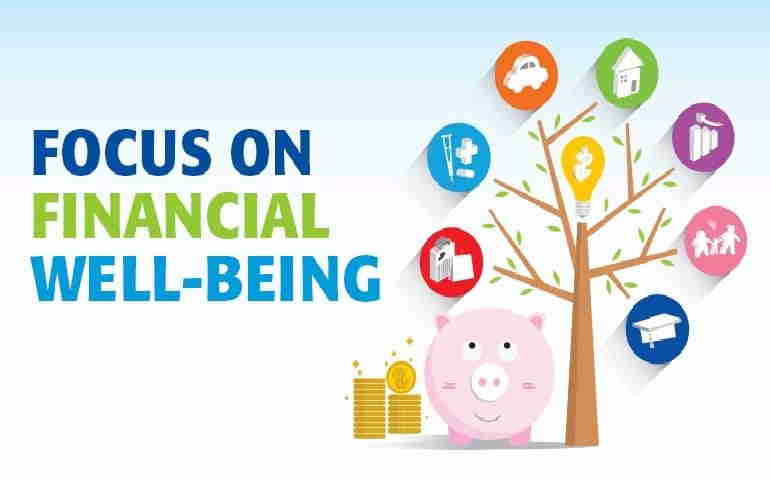 The progressive world has long understood that financial problems can arise regardless of income level.

Some may say "Everything is fine" despite a modest income. Others may complain emphatically, even with an above-average income, fashionable clothes and a new car.

Although income and wealth are important, researchers have found that there are other factors that have a significant impact on quality of life. The progressive world has long understood that financial problems can arise regardless of income level. Therefore, in recent years, the phrase "financial well-being" has become widely used among economists and researchers to reflect the concept of self-sufficiency.

Financial well-being is a feeling of security and control over one's finances. It is also the confidence that you can pay your bills today, save in case of unexpected expenses and plan for the future.

A few years ago, the American Journal of Consumer Research published an article stating that financial well-being is an important component of general happiness and is influenced by factors such as job satisfaction, relationships, and physical health.

There is a lot of information in the world scientific literature about the factors of financial well-being, and even more advice in practical manuals.

The following are the ones that I think are relevant. I also offer some tips based on both the scientific literature and practical experience.

Recently, the practice of awareness is gaining popularity. It is primarily about awareness of emotions, but why not extend it to your relationship with money? Moreover, behavioral economists have long recognized that people tend to make financial decisions automatically and unconsciously. So try to give yourself an honest answer - how much control is your finances? A test from the Australian bank ANZ may be useful.

Don't go to extremes. If in the past you have suffered from an ill-considered decision - for example, took a foreign currency loan from a bank, receiving income in hryvnia - it does not mean that you should avoid loans for life. In certain life situations, they can help. But be careful with loans for non-essential goods or services that you can't afford, such as smartphones or vacations.

Save, including creating an airbag for unforeseen situations. Even if your career prospects seem bright and your income is stable, don't spend everything you earn. Be careful, but try to find a bank where the money will bring income with minimal risk (for example, in a savings account). Studies from several countries show that active savings are an indicator of higher financial well-being (even for people with the same income).

Use loans carefully. People feel more confident if they do not use cards for daily shopping. It's easy to spend too much on a credit card. So think about whether you should buy a non-essential item if you can't afford it at your own expense. Studies by renowned Professor Elaine Kempson in Norway, Canada, Australia, New Zealand and Ireland have shown that active savings and non-use of credit cards for everyday expenses are most correlated with higher financial well-being for any income level.

Develop self-control. Studies in behavioral economics show that people who have this trait are less prone to impulse purchases, save more efficiently, and are better prepared for unforeseen expenses and retirement. Whereas a lack of self-control leads to excessive debt and maintenance costs. For the development of self-control can be useful and such an ancient concept as the "marshmallow test". Stanford psychologists once gave children one marshmallow. They could either eat it right away or get another one if they waited fifteen minutes. To resist the temptation to buy something you don't really need on Black Friday, think of a "second marshmallow," a dream you can raise money for.