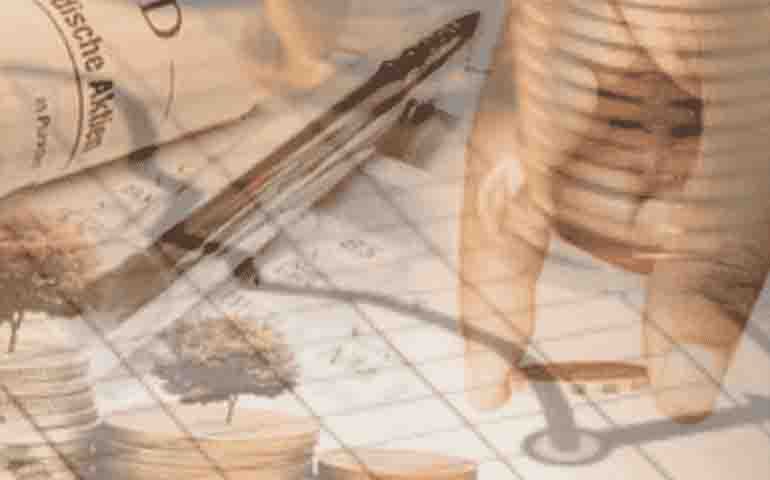 In recent years, the European Union has stepped up its activities in the field of shaping the international energy policy, which should become an effective tool to ensure the collective interests of European countries. This trend has been observed since the end of 2000, which was associated with a large expansion of the EU and, accordingly, with an increase in its dependence on energy imports. Thus, the leadership of the European Union raised the problem of providing the economies of European countries with imported energy carriers was elevated to the problem of supranational security, which was interpreted as "the security of energy supply of the EU."

The main reason motivating European countries to create a unified energy policy was the recognition by the European Union of modern realities and the recognition of the following obvious facts: insignificant reserves of traditional energy resources of oil, gas, coal in the bowels of the EU member states; increased demand for imported energy, especially after the expansion of the European Union in 2004 and 2007; the growing struggle for energy between the old and new world energy centers; competition in the price market of energy resources and the desire of the EU to influence the conditions for its supply.

As a result, this led to the need to develop foreign energy policy. In the process of forming external energy policy, the EU leadership adopted 6 documents. It should be noted that each of the adopted documents reflects a certain stage in the development of the EU and the most pressing problems in ensuring energy security. For example, the adoption of the first EU document in 2000 was due to the fact that European countries were worried about fluctuations in energy prices and their supplies.

In the message “Green Book. Towards a European Energy Security Strategy, ” the need is noted for“ providing the EU with a wide range of energy products at a price affordable to all consumers. In the event that Russia and the former union republics begin to supply the growing markets of East Asia, EU member states may face significant competition and rising prices for them. ” In this case, the countries of Southeast Europe, Russia, Turkey, Iran, Azerbaijan and Kazakhstan are the most attractive states for the EU. 2006 was a turning point in the process of shaping foreign energy policy.

The EU leadership realized that its lack of an official single instrument regulating external energy supply negatively affects the energy security of European countries. In this regard, the European Commission presented the document “Green Book. The European Strategy for Achieving Sustainable, Competitive and Safe Energy ”, which substantiated the need to develop a common European common external energy policy. In this document, the European Commission and the European Council put an important emphasis on ensuring the security of energy supplies through a comprehensive solution to the problem of the dependence of the European Union on energy imports, which should be carried out both at the EU level and at the national level.

In addition, EU institutions have proposed areas of foreign energy policy, the main of which are: responding with a "single voice" to rising energy prices based on solidarity between EU member states in energy supply issues; deepening energy relations with major producers and consumers of energy carriers; diversification of energy carriers consumed by the European Union, sources of their origin and ways of delivery of imported energy carriers; creating better conditions for European companies seeking access to global energy resources.

The next step in the creation of a European energy policy was the adoption of the concept paper “Foreign Policy in the Service of the Energy Interests of Europe”, the main advantage of this concept was the use of foreign policy instruments in the implementation of the EU energy policy. In October 2006, the European Commission adopted another document developing the concept of the EU’s external energy policy, “External Energy Relations from Principles to Action”. The most important condition for this communication was the coherence between the internal and external aspects of energy policy, between energy policy and other areas, the implementation of which can positively affect the achievement of the goals of the EU energy policy.

The latest communication adopted by the European Commission in March 2007 at a meeting of the European Council was the document “Energy Policy for Europe”, which later became the basis for the Energy Policy Action Plan for Europe. This sixth document clearly defines the importance of energy policy in EU foreign policy. This is necessary for geopolitical security, economic stability, social development and international efforts to combat climate change. ”

Thus, a single European energy policy was formed, which has clear energy policy objectives for Europe and the principles used to achieve them. In addition, the EU Council, consisting of heads of state and government, adopted an Action Plan for 2007-2009 for the final document. With its subsequent extension, the implementation of which will be checked annually by the European Council.

Such a plan, in turn, was designed to complete the creation of the EU’s domestic gas and electricity market and set ambitious quantitative goals for energy efficiency, renewable energy sources and the use of biofuels. After the completion of this action plan, it was expected that the European Commission would prepare a strategic energy review by 2009, which would form the basis of the new energy action plan for the period from 2010 to 2014. However, on May 31, 2010, EU ministers made certain adjustments and a new energy The strategy for 2010–2014 was extended to 2020. As for the 2007–2009 Action Plan, its directions are still relevant. Projects included in this plan and approved by European institutions, are mainly under implementation.

In particular, it should be noted that this Strategy 2007-2009. It contains priority projects of pan-European importance, the implementation of which is necessary to achieve an adequate connection with isolated energy markets. These are: connection of energy systems of Germany, Poland and Lithuania; connection to offshore wind turbines in Northern Europe; connection of electric networks of France and Spain; Nabucco pipeline for supplying gas from the Caspian region to Central Europe. It should be noted that in order to implement these projects, the European Commission is making maximum efforts and its activities are mainly aimed at the following: negotiations with Russia in the field of energy policy; intensification of EU relations with the countries of Central Asia and the Caspian region to diversify energy sources and their delivery routes; increased use of the tools of the “European Neighborhood Policy”; strengthening partnerships and developing cooperation within the framework of bilateral energy dialogues with partner countries.

Thus, an analysis of the EU’s external energy policy allows us to draw the following conclusions: the cornerstone of European security is a reliable, affordable and sustainable energy supply; Europe is dependent on energy imports and at the same time worried that some states are using “energy supplies” as a means of pressure; the EU’s external energy strategy is under development; therefore, the EU is still not able to speak with a single voice on energy security issues; The European Union is aware of the growing competition in the global energy market and seeks to strengthen its role in it; the energy problems facing Europe requires a more ambitious and bold approach on the part of European countries; the growth of the economy of the European Union will be coupled with the growth in energy consumption necessary to maintain the pace of economic development, and therefore the EU will activate a policy of building constructive relations with energy suppliers.