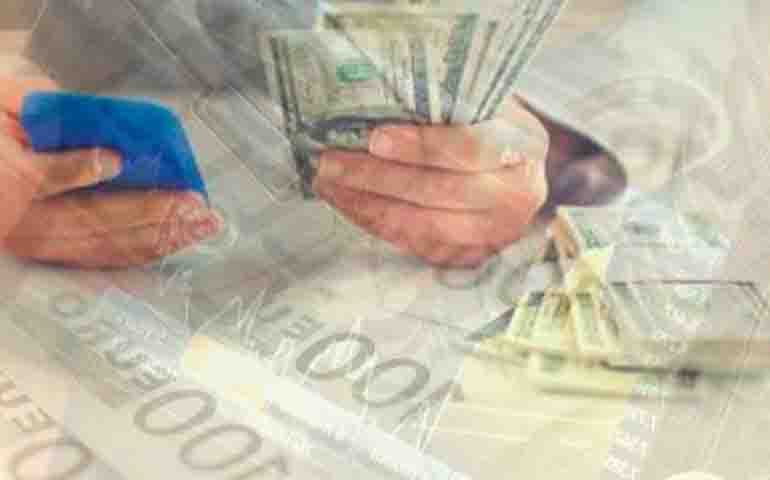 Excessive optimism of market participants sometimes leads to a reassessment of the real situation. Thus, the sharp fall of the "Buffett indicator" from its peak values significantly above 100 points in the early 2000s and in the period 2008-2009 was a consequence of the dotcom crisis and the Great Recession. By April 2020, the index, according to Advisor Perspectives, was around 150 points.

For a comparative assessment of the indicator "capitalization/GDP" we will calculate the indicator for the 10 largest economies in the world. The values of the obtained coefficients may differ from those stated in other sources of information, if any. However, the correctness of the estimates has a high degree of reliability due to the single "denominator" that serves as the World Bank's information database (worldbank.org).

As a result of the research we have formed information arrays of values of capitalization of stock markets since 2000 and GDP of the world countries in current prices in US dollars. The last values of the indicator for the first quarter of 2020 are forecasting on the basis of "Trading Economics macromodels", taking into account real changes in the value of corporations since the beginning of this year.

How to use the method of the "Buffett indicator"?

Here is the final table of calculated values of the indicator for 10 largest economies of the world. Countries are ranked by the volume of GDP without taking into account the purchasing power parity of national currencies. It is assumed that the investor on the basis of "Buffett indicator" will select countries for investment based on a single funding currency.

Now, if there is interest, it is possible to independently assess the effectiveness of country investments, based on the dynamics of the "Buffett indicator" in different time periods. Using average values of the indicator can be one of the factors for decision making. In case of a significant deviation from the average values in one direction or another, there is a risk of correction movement.

An important factor is the duration of finding the indicator in the area of extremely low or high values, which only increases the probability of the reverse movement. Of course, this is a global long-term investment in country stock markets based on fundamental estimates of the prospects of national economies. The speculative component here is extremely small. Maximum values of the "Capitalization/GDP" multiplier have been registered in the USA, Japan and Great Britain. At the same time, investors are ready to pay the highest premium in the American stock market, which is significantly overvalued relative to the cost of goods and services produced by national enterprises.

When working with the indicator it is necessary to take into account the country specifics of economies. For example, the structure of industry makes a significant contribution to GDP dynamics. The highest stability in a situation of uncertainty is demonstrated by countries, where the share of the service sector is not dominant.

Thus, the denominator of the indicator "capitalization/GDP" will significantly decrease. Without adequate adjustment of the numerator (decrease in stock prices), we will get the growth of "Buffett indicator", and thus the revaluation of the stock market of the country.

In a situation of international trade crisis, the export-oriented nature of Japan's high-tech economy increases the risk of recession in Japan. According to data for March 2020, demand for pro-cyclical products of national enterprises fell to a minimum of 2016. At this point, we see overestimated investor estimates of the country's stock market prospects. As a criterion for investment decision on "Buffett indicator", the Japanese stock market loses to most economies of the world.

The markets of Italy, Russia, Germany and China demonstrate the highest relative undervaluation compared to the scales of national economies. Investors do not pamper the emerging stock markets of the BRICS countries, as well as the developed economies of continental Europe, which is in the stagnation of production capacity and consumer activity.